Try to imagine that you’re stuck in a troubled marriage. Further, try to imagine you have children, and they’re seeing it all – watching the anger, the arguments, the depression, and the unhappiness all around.

When marriage counseling doesn’t work (like it didn’t in my case), and you’ve exhausted every last one of your options both physically and emotionally to try and work things out, how do you figure out if you should end it?

In my own marriage, experienced a few split seconds here and there when it seemed clear to me that we should end it. Every now and then it would hit me that my ex and I were totally incompatible, and that he was completely uncommitted to being the best husband and father possible. Those moments of clarity occurred intermittently over a few years. Then came the proverbial straw that broke the camel’s back. He told me, without asking about it or discussing it, that he d decided to quit his job, and would be staying home until our savings were gone. Then, if he felt like it, he would start looking for a new employment opportunity. 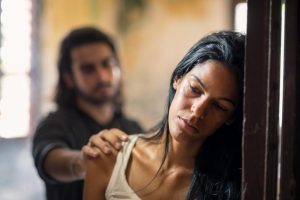 That did it. That’s what it took. I immediately began packing my things and our 5-month-old son Liam’s things, and Liam and I moved in with my parents. I had to get on with my life.

But being a partner in that marriage, which was devoid of affection, respect, friendship, and empathy, was far more difficult than I’ve found single motherhood to be.

I was inspired to write out this post by the following email, which I received last week:

“You probably hear this all the time, but what you’ve been writing on your blog struck a deep chord in me. I’m sitting at work crying over it.

I’m married, and we have a 10-month-old, who is the greatest love that exists (I know you know how that works!). Your ex sounds a lot like my husband: worthless. When I read your post about how your ex didn’t help you move boxes, I recognized myself in that situation. The same thing happened to me. Your ex also sounds like he’s a pro at turning something that was his fault into being your fault in the blink of an eye, and that he doesn’t feel responsible for anything.

So, my husband is out of town right now for work, which has given me some time to think things over. I mostly feel ready to end it, but there’s still a part of me that’s afraid of being alone.

Can you offer me any advice? What was the most difficult aspect of your divorce  –  details about custody? Or finances? Or something else?”

What advice would you give to the woman who sent me that email? She’s obviously on the fence about her marriage. Most divorced parents would acknowledge that the decision was a difficult one. It’s not something you just jump into. You think, and think again, and rethink. You come at things from a different direction, and try a new approach to working things out. But one day, you’re done, and it’s over.

What was your tipping point? What finally made you decide to get your divorce?

Empaths are very important people on this earth. These are people that feel the emotions of others and want to…

When you wake up in the morning already exhausted, already dreading the day, then a break may be needed. Sometimes,…