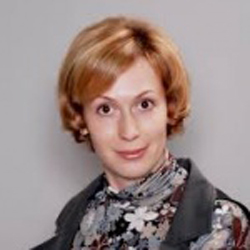 After endless soul wringing, several rounds of marriage counseling and fight after fight after fight, I made the difficult decision that it would be better for my son and me to be out of that toxic environment. So I packed up our things and we left behind my husband, my friends and my career. My son and I left town and moved in with my parents.

I was suddenly a single mother.

During that first year, I kept hoping that somebody would come along and rescue me. But something different happened. I realized that I just wanted a husband. I did not actually need one. There is a huge difference between the two!

After a full year, several awkward dates and a move out of my mother’s house, I began blogging about single motherhood. Everything I have documented here on my blog really happened to me. To get you acquainted, here are the important characters you will meet here:

Yes, I am a single mother. I am also a single woman, and a blogger and a writer. People who like my blog say that they are often inspired and refreshed from reading my blog. People who don’t like it tend not to be so approving. Feel free to read the blog and comment, but I might take the comment down if it’s mean-spirited. There is already too much negative energy out there in the world!

He is classically tall, dark, and handsome, and he is wonderful, too. I had actually accepted that he was never going to show up. I had even come to a place where I could be at peace with that reality. I suppose that’s at least a part of the reason why we were able to find each other. Loving someone else can only be a possibility if you are first able to love yourself. Then if you are one of the lucky ones, you might meet someone not who completes you, but who complements you. It makes total sense that he is a single parent, too!