Brent and I broke up, and this time it’s really over. It’s happened before, but this is really it.

The first time, he instigated it. He was sitting stiffly in a chair, looking very pale. He just sat there and waited for me to sit, too. He explained briefly, ending with,  “This isn’t working. We need to go our separate ways.”

I immediately ran out of the room, unable to grasp what had just happened. I felt totally blindsided. Of course things weren’t going perfectly, but I thought the relationship was at least a healthy one.

The next day, I called Brent and said I’d do whatever it would take to stay together. My desperation shocked me. I sobbed with grief at the thought of losing him. What did I do that drove him away? 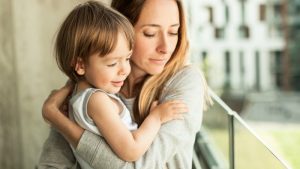 “We don’t have anything in common,” he explained. “I’m not happy. And we’re always fighting.”

“Are we?” I asked. “We’re not perfect, but that’s how life is. We’re fighting over little things. We can fix them.”

By the end of that conversation, we’d gotten back together. The break-up lasted all of 14 hours. But my trust was rocked. Our foundation was crumbling. I was a mess, and our relationship wouldn’t ever really recover.

A few months later, we broke up again. He’d been starting a lot of his conversations saying things like “I love you, but…” and, ,”If only you would…” He obviously had some issues with me. So we took a break for a week, and then I broke us up.

I wanted someone who could commit to Liam and me without hesitating. I wanted to get married, and have a house and more kids. I wanted someone to love me as-is, with no if’s or but’s.  I thought he wanted them, too. But he was unhappy, and I didn’t feel like I should force him to stay with me.

The next day, Brent came over and said he did want all of those things–the wedding, the house, more kids. All of it. The two of us, together.

So we reconciled, and we didn’t look back. Until last week.

The day before Christmas Eve, my sister was peppering Brent with questions. She could see we weren’t really happy, so protective sister that she is, she grilled him mercilessly.

If I knew what was happening, I could have stopped her. But I missed the whole scene, just as I’d missed Brent’s true feelings. My sister was seeing what I wasn’t. 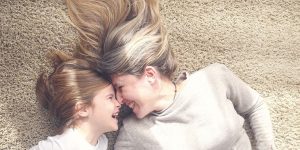 You’ve all read here on my blog how happy I’ve been. But some things were missing. Like that giddy feeling that goes along with being in love. I was so caught up trying to find the best dad for Liam that I’d been following my head, not my heart. So I brushed stuff aside and set such a high standard for Brent that nobody would be able to meet it.

Brent was still ruffled by my sister’s questioning the next morning. By the end, he had the same expression on his face he had after our first break-up. With his true feelings out in the open, it finally all came clear to me. I was happy in our relationship, but he was not.

I gave him the ring back. He didn’t want to take it. He wanted to try again to work things out. But the truth was, I’d been pressuring Brent into taking the next steps in our relationship–the marriage step, the house step, the more kids step.

We both bore blame for what had gone wrong. Both of us had tried to press forward, even though we both clearly knew that something was missing.

Surprisingly, I’m doing okay for now. I don’t know, maybe I’m still in shock. Brent and I are going to try to remain friends. Thanks to my business, I have the good fortunate to have financial stability. Brent moved out and is staying with his parents for now. He promised to do whatever it takes for Liam and I to get through this.

And I’m a single mom again. But this time, I’m in the position of knowing just what I should expect. You all know that being single is my comfort zone. I don’t know how the breakup will affect Liam, but for know I plan to keep calm and carry on. I aim to be as happy as I can be, and to engage with him as much as I possibly can.

We’ve already discussed the breakup several times. I really wanted to be open about it with him. After he dried his tears, I started to remind him how much fun the two of us had before Brent, when it was just him and me. His smile grew bigger and bigger as he remembered our times together, all of our adventures and trips. The happiness we shared, just the two of us.

For now, we don’t need anybody else. We have each other. I admit that part of me is excited to get that back!

I humbly request that I be relieved of my duties of giving out advice on love and relationships to other single moms. I obviously don’t deserve to be in any position of authority in that capacity!

In closing, don’t hate Brent. And don’t give up and lose your hope in the men in your life. Though Brent and I broke up, I can say in all honesty that he’s still a great guy.

Love psychics can answer questions and give you psychic love advice! Will I find love? Who will I marry? Is he the one? Is he cheating? What will happen with my divorce?
Find Great Online Psychics here: Love Psychic Readings

There are many different types of dead-ends out there: Dead-end roads and highways; dead-end career paths and jobs; and dead-end…

A narcissist is like a dream that becomes a nightmare. They will be everything you imagined a guy to be…

How can you tell if there is someone that wants more than just a friendship with you?  Some of the…

When you have been hurt by someone deeply and broken up, but they now wish to come back, it can…